Cancer and chemo during Covid-19: one man’s story 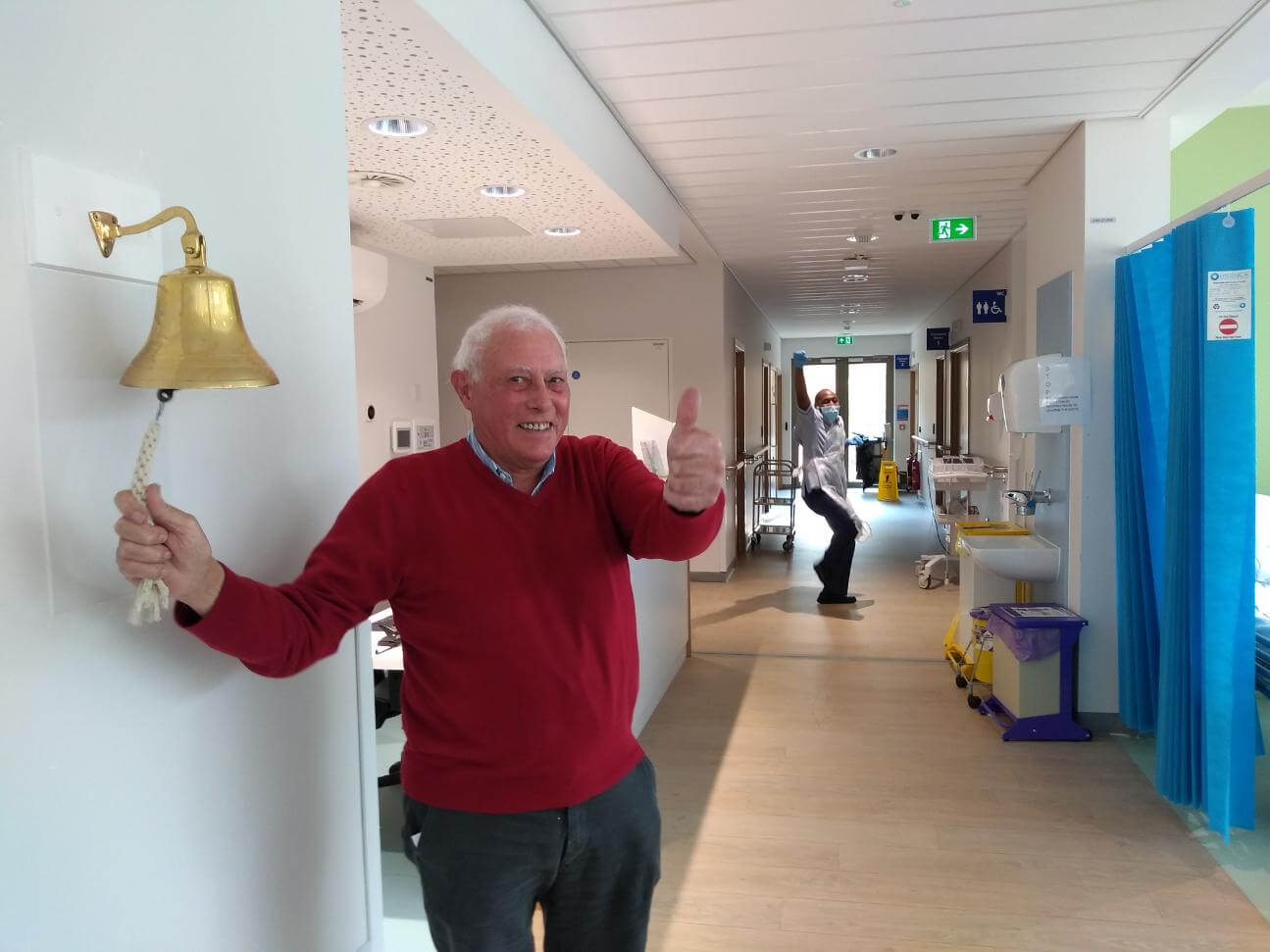 Anyone diagnosed with cancer at the start of a global pandemic might well consider themselves unlucky – but not David. The active 77-year-old has nothing but praise for the teams that cared for him throughout.

When David first noticed the symptoms he now knows were due to stomach cancer, he put the annoying toilet habits down to the stresses and strains of uprooting from rural Ireland to Olney in Buckinghamshire.

But when symptoms persisted, David was sent for a gastroscopy at Milton Keynes Hospital and it soon became clear, after biopsies were taken, that he would need prompt surgery for cancer.

This was early in 2020 just as the pandemic was taking hold across the UK.

Following scans at the specialist cancer centre in Oxford, David started chemotherapy at Milton Keynes ahead of surgery in Oxford in March – just as the national lockdown took hold.

David’s surgery went ahead as scheduled; the tumours had been successfully shrunk through chemotherapy so the operation itself was less invasive than first expected and David was able to recover on a ward rather than the intensive care originally planned.

All these factors mean that David considers himself “extremely lucky”.

“I was very fortunate with timing; everything went to plan without delay and the procedures to keep cancer patients safe from Covid were very thorough,” he said.

One of the clear good fortunes for David was being among the first patients to benefit from the state-of-the-art £15 million Cancer Centre that has newly opened at Milton Keynes University Hospital.

“My first consultation had been in a temporary building, so I was pleased to be one of the very first patients treated in the brand new facility,” he said.

The Covid-19 restrictions meant that David had a more solitary time during chemotherapy and all staff were strictly in PPE, but he found the controls reassuring.

“Everything was immaculate and I felt safe. Although visitors couldn’t come and go, it was a good regime.

“Due to having a limited immune system with chemotherapy, everything was very controlled, with strict handwashing and masks. I never felt at risk. I was alone but I could see from where I was that the nurses were working very hard and taking every precaution.”

David recovered well from surgery and has been adjusting to his new diet regime while isolating at home during the pandemic. He has regular follow-ups with the Oxford team by telephone and was delighted to be an early recipient of the Covid-19 vaccination.

“It is 12 months since my diagnosis and I am very much looking forward to the life we planned when we moved here,” he said.

*The new Milton Keynes Cancer Centre brings together under one roof all the cancer services that were previously provided across three locations on the hospital site. It offers oncology, clinical haematology and cancer-related chemotherapy services, inpatient and outpatient services alongside a wellbeing support service.