Cytosponge - a ‘sponge on a string’

A Cytosponge is a simple device comprising a capsule attached to a string. After being swallowed the capsule dissolves inside the stomach, the sponge within it inflates, and the device is pulled back up the oesophagus, collecting cells along the way.

The sponge and cells collected are sent for analysis to detect whether an individual has Barrett’s oesophagus, a condition that sometimes develops prior to oesophageal cancer. 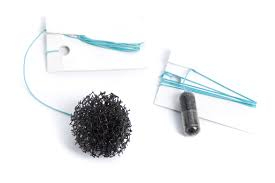 Cytosponge technology enables any possible cancers to be detected at an earlier stage than usual. As people often don’t realise they have oesophageal cancer until later when symptoms are more noticeable. The alternative to using Cytosponge would be to have an endoscopy test.

In the East of England, Cytosponge tests are being piloted in some hospital trusts across the region as part of Project DELTA, which aims to improve diagnosis of oesophageal cancer, using algorithms to identify individuals at most risk and offering them Cystosponge tests.

In partnership with Project DELTA, Heartburn Cancer UK are also introducing a mobile diagnostic unit to screen for Barrett’s Oesophagus and oesophageal cancer in a community setting. Cytosponge technology has previously only been available through some hospitals for the monitoring of Barrett's, so this is an important step in making technology more widely available. Videos have been created by Heartburn Cancer UK to inform people about the Cytosponge technology and the mobile diagnostics unit.

The unit started in June 2021 in Cambridge, with most patients having been selected by their GP according to their medical history.

Further information on Cytosponge can be found in a BBC News Report that can be viewed here, and on the CRUK Cambridge Centre website.